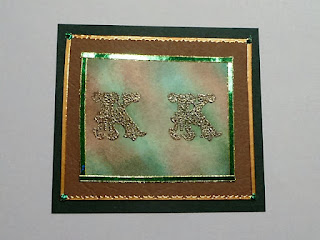 ....Melvyn Douglas starred with Fay Wray (The Vampire Bat) who starred in... 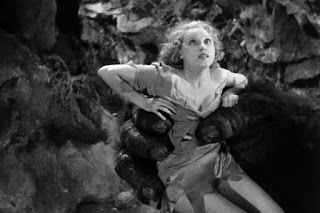 Director: Merien C Cooper & Ernest B. Shoedsack
Stars: Fay Wray, Robert Armstrong, Bruce Cabot and King Kong, the 8th Wonder of the World!
Plot: A film producer hires a down on her luck gal to travel to a remote island to film something huge. She is kidnapped by the natives to be a sacrifice for the big hairy Ape(Nope I don't mean Donald Trump). The Ape, King Kong, takes a liking to her and takes her to his home with her rescuers in hot pursuit.
Quote: AAAAAAAAAGGGGGGGGHHHHHHHH! (done by the Queen of Scream, Fay Wray)
Oscar Noms: Nil
Oscar Wins: Nil
Love: The special effects which were brilliant for their day
Favourite Scene: When Kong tickles Ms. Darrow and her dress falls away
Favourite Character: Who else! King Kong of course.
Tidbits: When you see Kong's (rabbit) fur move and bristle, this was  due to the handling of the model by Willis O'Brien since it was stop motion animation. Also the huge wall to keep Kong out went up in Flames during the burning of Atlanta in Gone With the Wind(take a close look and you can see it)
6 Degrees (more or Less) of Separation:  Fay Wray starred with Ralh Bellamy(Him again!) (Woman in the Shadows) who was directed by Roman Polanski (Rosemary's Baby) who directed Adrien Brody (The Pianist) who starred in.... 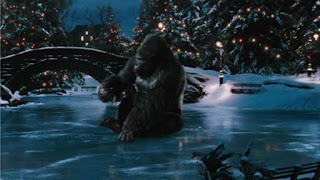 Director: Peter Jackson
Stars: Naomi Watts, Adrien Brody, Jack Black, Andy Serkis, Thomas Kretschmann
Plot: A shady film producer hires a writer and down on her luck gal to make a movie on location. They reach the remote island, the girl is kidnapped and given to Kong who likes her and takes her away. She sees something in this big hairy ape( don't all women??).
Quote: It wasn't the airplanes. It was Beauty who killed the Beast.
Oscar Noms: Art Direction
Oscar Wins: Sound Mixing, Sound Editing, Visual Effects
Love: The special effects and the acting of Kong(thank you Andy Serkis!)
Favourite Scene: Ann Darrow enjoying a very brief happy moment with Kong on the ice in Central Park
Favourite Character: King Kong! Andy Serkis better win an Oscar one day
Tidbits: Andy Serkis, who portrayed Kong, studied gorillas and one became infatuated with him.
6 Degrees (more or Less) of Separation: Naomi Watts was directed by David Lynch (Mulholland Drive) who directed Isabella Rossellini (Blue Velvet) who is the daughter of Ingrid Bergman who starred with Spencer Tracy (Dr. Jekyll & Mr. Hyde) who...see ya tomorrow!
Posted by Birgit at 4/13/2016