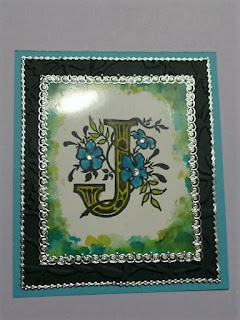 The A to Z Challenege

1. JOURNEY TO THE CENTRE OF THE EARTH-1959-FANTASY ADVENTURE

DIRECTOR: Henry Levin
STARS: James Mason, Arlene Dahl, Pat Boone, Peter Ronson
PLOT: A well respected professor and his young co-hort, a widow, an Icelander with his pet duck, Gertrude, all descend down a volcano to the centre of the earth.
QUOTE: I don't sleep. I hate those little slices of death.
OSCAR NOMS: Art Direction (Colour), Best Sound, Special Effects
OSCAR WINS: Nil
LOVE: The art direction. Fell in love with the glittery, jewelled area (for me...no kidding!)
FAVOURITE SCENES: Well, yes, the beautiful underground grotto filled with gems and yup, that's Pat Boone in all his glory.
FAVOURITE CHARACTER: Gertrude the duck
TIDBITS: James Mason was irritated that they had to make nicey-nice with Nikita Kruschev when he visited the set. Mason did think Kruschev should have witnessed the scene when the characters were on the raft in the centre of the earth rather than the Can-Can scene from the film, Can-Can.
6 DEGREES (MORE OR LESS) OF SEPARATION: James Mason starred with Paul Newman(The Verdict) who starred with Tom Cruise (The Color of Money) who starred with Gene Hackman (The Firm) who starred with Robin Williams (The Birdcage). Robin Williams starred in... 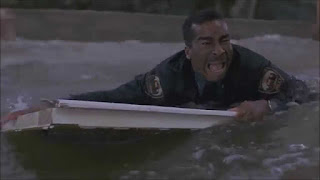 DIRECTOR: Joe Johnston
STARS: Robin Williams, Bonnie Hunt, David Allen Grier, Bebe Neuwirth
PLOT: A young boy finds a game and plays it with his friend. He disappears into the game and 26 years later, comes back when a young boy and his sister, play the same game. To end the madness and mahem they must play out the game to the end.
QUOTE: When the hunter buys a gun from a shop, the shop owner says..."Yo're not a postal worker, are you?"
OSCAR NOMS: Nil
OSCAR WINS: Nil
LOVE: The idea that what one plays can come to life.
FAVOURITE SCENES: Carl the policeman and Aunt Nora try to stay afloat down Main St. when they see a croc go by.
FAVOURITE CHARACTER: Carl Bentley (David Allen Grier)
TIDBITS: Robin Williams could relate to the young boy that was his character in the film since that boy was an only child and his father was aloof.
6 DEGREES (MORE OR LESS) OF SEPARATION: Robin Williams starred with Gene Hackman (The Birdcage) who starred with Melvyn Douglas (I never sang for My Father) who......Wait until tomorrow:)