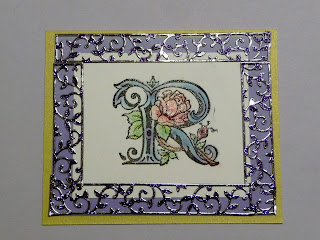 ...Katherine Hepburn starred with Bob Hope (Iron Petticoat) and he starred in.... 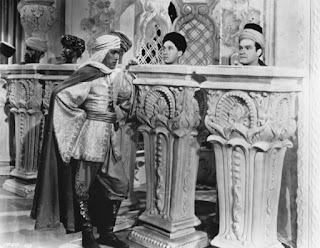 DIRECTOR: David Butler
STARS: Bob Hope, Bing Crosby, Dorothy Lamour, Anthony Quinn, Donna Drake
PLOT: 2 nuts explode the ship they are sailing on and end up drifting to Arabia where one is sold ito slavery. When the other tries to help him and finds out his friend doesn't want help since he is going to marry the beautiful princess, his friend decides to battle for her hand as well by saying he should have been the slave. She is also wanted by the bad man Quinn...the antics these 2 get into.
QUOTE: (Camel Says)-This is the screwiest picture I was ever in.
OSCAR NOMS: Original Screenplay:), Best Sound
OSCAR WINS: Best Sound
LOVE: The camaraderie of the 2 male stars and how Hope talks directly to the camera at times.
FAVOURITE SCENE: When the 2 nuts are being chased and they hide as head busts
FAVOURITE CHARACTER: Turkey Jackson (Bob Hope)
TIDBITS: This is the 3rd of 7 films Hope and Crosby made. Dorothy was in 6 and sadly the executives went with Joan Collins in the last picture which wasn't very nice at all. The reason I placed a happy face by best screenplay is that the 2 often ad-libbed and Hope would talk directly to the audience.
SIX DEGREES (MORE OR LESS) OF SEPARATION: Bing Crosby starred with Ann Margaret (Stagecoach remake) and she starred with John Wayne (The Train Robbers). John Wayne starred with Carroll O'Connor (In Harm's Way) and O'Connor starred in.... 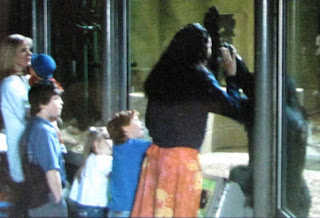 DIRECTOR: Bonnie Hunt
STARS: David Duchovny, Minnie Driver, Carroll O'Connor, Bonnie Hunt, Robert Loggia, Jim Belushi
PLOT: Happily married man loses his zoologist wife in a car accident. She is an organ donor and her heart is given to a critically ill woman who needs a new heart. A year later, their loved ones tell them they need to get out more......
QUOTE: (To character singing loudly in the kitchen)- Will you go find yourself a gondola?
OSCAR NOMS: Nil
OSCAR WINS: Nil
LOVE: The story which is very sweet and how animals know
FAVOURITE SCENE: When Minnie Driver's character meets the gorilla
FAVOURITE CHARACTER: Marty O'Reilly (Carroll O'Connor)
TIDBITS: Yippee! A female director and Bonnie Hunt is a dynamo! She directed, acted and co-wrote this film. She filmed it in Chicago where she grew up and many of her family members are used as extras in the film. This neat restaurant actually exists and is called the Twin Anchors. This was Carroll O'Connor's last film.
SIX DEGREES (MORE OR LESS) OF SEPARATION: Carroll O'Connor starred with....wait until tomorrow
Posted by Birgit at 4/21/2016