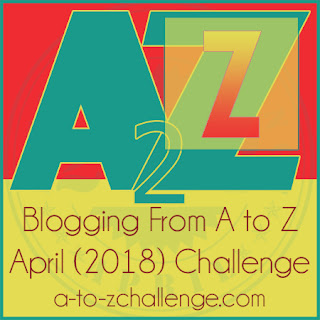 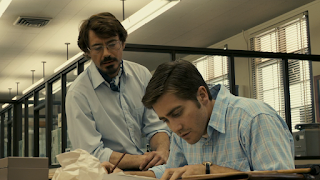 Might as well end the A to Z with a killer! Sorry, I know that’s bad but what can I say? 🤪 Zodiac is about the serial killer from the 60s and 70s and how a cartoonist became obsessed with this killer and catching him...which never happened unfortunately. It’s based on a true story where the killer loves to torment by sending letters to this newspaper but the letters could not be deciphered. It gets deciphered by a retired couple who love puzzles and thus cat and mouse game ensues.

It’s a bit long and could have been shortened but it is enlivened by Robert Downey Jnr as a reporter. Jake Gyllenhaal plays the obsessed cartoonist. The lawyer, played by Brian Cox, is Melvin Belli who was famous for one of the worst Star Trek Episodes, “And The Children Shall Lead.”  He played Gorgan an angel to the kids but was an evil entity actually. Well, he is a lawyer...