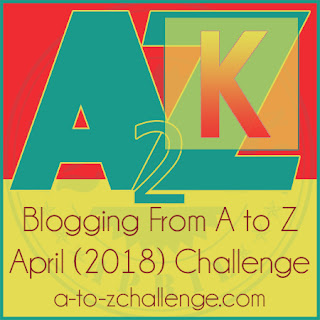 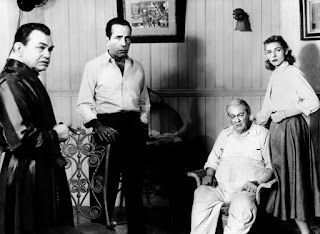 A bunch of baddies come to a hotel during a hurricane and terrorize the crippled owner, his daughter and a drifter.

The final pairing of Bogie and Bacall and Bogie and Robinson (Edward G.) since Bogie and Robinson actually made 5 films together. The film also stars Claire Trevor, who won an Oscar for her performance, and Lionel Barrymore who suffered from severe rheumatoid arthritis at this time. When the actor gets up from his wheelchair and falls, I cringed knowing how much pain he must have been in and my heart went out to him as well.

An excellent film Noir with great actors, excellently directed by John Huston and filmed (Karl Freund).
Posted by Birgit at 4/12/2018