B is for Humphrey Bogart 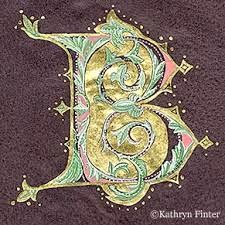 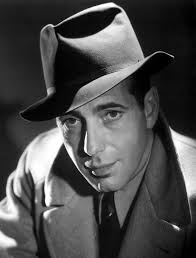 Hard-drinking, minimum 2 pack a day smoking Man's Man who became an unexpected sex symbol and major film icon. He got his big break when Leslie Howard fought for Humphrey Bogart to star in the film version of "The Petrified Forest". Because of this actor(Ashley Wilkes from "Gone With The Wind"), Bogart got his big break and, as a result, named his daughter Leslie in honour of his friend. This man could play gangsters and hard-boiled detectives equally well. His 3rd marriage to Mayo Methot was one long drunken brawl and they were known as the "Battling Bogarts". She was so jealous and, well, nuts, that she stabbed him once but he was not seriously wounded and he took it with a grain of salt. He met Lauren Bacall on set and, despite the age difference (25 years) they were a perfect match. She went with him to Africa when He and Katherine Hepburn filmed "The African Queen" and everyone became ill except for Bogart and John Huston. Reason? They only drank booze and never touched water.  When he became ill with cancer, a small group of friends formed over at Bogart and Bacall's place which included Judy Garland, Dean Martin and Frank Sinatra. After one drunken debauched night, Lauren Bacall looked at the bunch and called them a "Rat Pack". Yes this is where it all began. Bogart loved to play chess and was an expert and often won. He also loved the ocean and named his yacht "The Santana" and enjoyed every spare moment on his boat.

Quote: "The trouble with the world is that it is always one drink behind"