T is for Gene Tierney 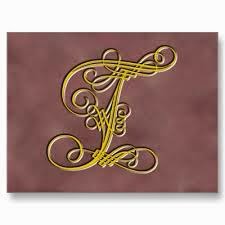 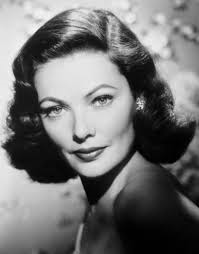 One of the greatest (and most tragic) beauties ever to grace the screen with an overbite any man would love to kiss. She was born in Brooklyn to a wealthy family (father was in insurance). Due to her beauty she was noticed by Anatole Litvak who wanted her to come to Hollywood but her dad was cautious and rather had her go to the theatre. This didn't last long and she made it to Hollywood anyway. She gave 20% of her earnings to her father which was placed in his insurance company. When she finally decided to separate from her father, he sued her but it came out that he was stealing from her for years so he, thankfully lost the case. She never spoke to him again until his deathbed. During World War 2, the Hollywood Canteen(started by Bette Davis) became the hotspot for every GI man and woman to go to since the stars catered to them by serving them food, drinks, dancing and entertaining them. Gene was helping out for only that one evening when she was pregnant. She got the German measles and, as a result, her daughter, Daria was born blind and severely retarded(sorry no PC). She was devastated and blamed herself. Her husband, Oleg Cassini(Fashion designer) did not seem the most loving (saw him in later interviews-not impressed). She tried to care for her child but she could not give all the care her daughter needed so she sent her to an excellent clinic to provide the care she could not. In the mid 50's, a lady approached Ms. Tierney saying how much of a fan she is of hers. She went on how she was sick with the German measles during World War 2 but heard Gene was going to be at the Hollywood Canteen so she had to see her. She snuck out of her room to meet her and shake her hand since this was her dream come true. Can you imagine!! I think I would have smacked that woman in the jaw! The film, "The Mirror Crack'd" is based on Gene Tierney's life.  Gene  had an affair with J.F.K and fell hopelessly in love with him but when he stated he could never marry a mere actress, the family would not approve, she was heart broken. Due to guilt over her daughter, a failed marriage and the affair with Kennedy and Khan, she suffered a nervous breakdown and committed herself into a sanitarium where she received electro shock therapy a number of times. In 1960, she met her 2nd husband and it was a very happy union who gave her the security she needed plus she did have another, perfectly healthy, daughter with Cassini who was there for her mom.  When she started in films, she hated her high voice so she started smoking to lower her voice which ultimately led to the emphysema that claimed her later in life.

Oscar Nominations: "Leave Her To Heaven"

Quote: " Jealousy is, I think, the worst of all faults because it makes a victim of both parties."

The films in bold is where to start with-Laura is great to begin then keep going:)

OK this is supposed to be for Thursday!-hahahaaaa
Posted by Birgit at 4/23/2015