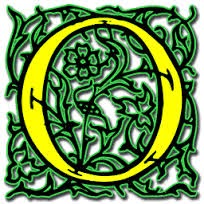 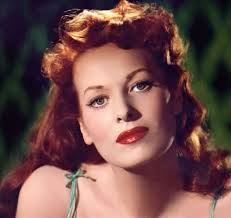 Age: Soon to be 95 years young

A famously beautiful red haired Irish spitfire who could match men scene for scene! She is one of my favourites:)  She was discovered by Charles Laughton who became his protégé. She grew up as a tomboy who loved sports so she often did her own stunts. Colour loved her and it was found she could do fun swashbuckling pictures sword dueling with the best of them but also show great dramatic flair all without losing her beauty and femininity. She was John Ford's favourite actress and was part of the team which included John Wayne and Ward Bond. She was the only woman allowed to go along on one of their many sailing trips and were there for her when she went through 2 failed marriages. They were always very respectful towards her and she considered John Wayne one of her dearest friends and vice versa. In the 1950's, she made a few record albums because she had such a beautiful singing voice although she never made a musical. When she made "The Parent Trap" for Disney she had to battle them to get her same salary and have her name above the title. Disney was a sore point for her. She met her last husband and he turned out to be the love of her life. They lived on the Virgin Islands running "Antilles Airlines". He tragically died 10 years later in an airplane crash which made her the owner of the airlines-the first woman to run an airline! When John Wayne was dying of cancer. she approached congress with Elizabeth Taylor to make sure he received the Congressional Gold Medal saying "John Wayne-American".  After a long absence she made a film with John Candy called "Only The Lonely". When Candy noticed she had a very small trailer while he had a very nice one, he went to the higher ups and told them this living legend deserved a trailer as big as his. They stated they did not have it in their budget so he switched trailers with Ms. O'Hara. Didn't those executroids come up with another trailer for John Candy. In October 2014 she received an honourary Oscar for Lifetime Achievement which was not included in the actual Oscar telecast (so wrong!). When she gave her acceptance speech, they cut her off, even though she is in a wheelchair she kicked her shoe off in disgust-Way ta go girl!

Quote: Speaking to drama students in 2010-"If you really want it, go after it--and learn how to speak properly, for God's sake!"

Oh I put a few in bold to see first but you can pick any. It was sweet to see her with John Candy