C is for James Cagney 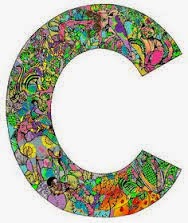 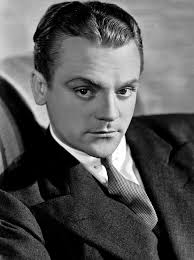 He was born in New York's "Hell's Kitchen"-not a nice place. He walked and talked in a rapid staccato style. Short fire cracker known to be a tough guy but was also a song and dance man. In fact, Mikhail Baryshnikov said that Cagney was his favourite dancer! Being mostly Irish (with a little bit of Norway in him too), he was often seen with his best friends(mentioned above) and they became known as "The Irish Mafia". Actually, James Cagney was trying to get rid of the real mafia out of Hollywood and it became so dangerous that there was a hit placed on him. George Raft(actor and in deep with the mafia) pleaded with the powers at be to stop their intent on killing this famed actor. In these good ole days of playing gangsters, they used real bullets! So when watching these old movies where Cagney is running and you see the bricks being damaged by the bullets, they really are being damaged by the bullets. There were times that the bullets just missed Cagney. He was under contract with Warners and often fought with the Brothers who then would place him under suspension and add the time (months) to his 7 year contract. Later in his career, he would often feign illness so it would extend the working days. He wanted to film crew to get paid extra since he felt they were horribly under paid. He retired in the early '60's  but he came back in 1981 on the advice of his doctor and created his final role in "Ragtime".

Oscar Nominations: "Angels With Dirty Faces", "Love Me or Leave Me" (his favourite film)

Quote: "Learn your lines, find your mark, look'em in the eye and tell'em  the truth"