X is for Xavier Cugat 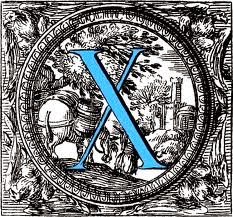 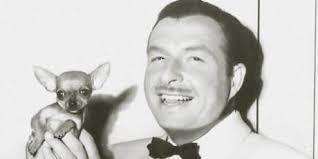 Affairs: Oh my-did he ever

A lover of life, women and music who always had a Chihuahua on his arm and popularized Latin music. He was born in Spain but his family moved to Havana, Cuba when he was 5. He learned to play the violin and was considered a child prodigy. He was so good that Enrico Caruso hired him to play first violin when he was still a young boy and they became friends. He moved to the United States to play music but he didn't want to be a starving artist so he got a job as a caricaturist for the L. A. Times. He did not give up music though and had a Latin relief band at the Cocoanut Grove with his niece Margo as the main dancer. The manager of the Waldorf-Astoria saw Margo so he signed her and Cugat came along with the deal. Over the years he rose in ranks to become the star band playing popular Latin numbers, dressing the band members in Latin-American outfits, the women in seductive dresses and he, having the time of his life. He became a hit on the radio and was a household name. He ventured to Hollywood appearing as himself in many Latin style films that were popular for the day often in Esther Williams films. He loved women, had many affairs and was in the headlines often because his wives would often have him followed and found in ...er....compromising positions. Except for Charro, the other marriages did not end on a friendly note although he stated he would never change a thing and would marry them all over again:)

Films: "Weekend At The Waldorf", "On An Island With You", " A Date With Judy", "Neptune's Daughter"