The start of the A to Z and the IWSG day Combo!! 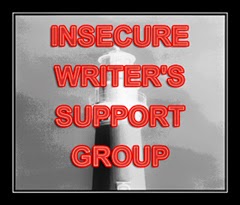 It is the first Wednesday of the month which means it is the Insecure Writers Support group headed by the great Alex J Cavanaugh. It is where one can release their insecurities, triumphs, fears regarding writing. I may not be a writer, per se, but I am starting the A to Z Challenge and, par for the course, I procrastinated thinking I could get it all done 2 weeks before the start. Of course I didn't count on getting sick-stupid germs. Anyhoo, my fear is that I won't get everything completed or that I bore the hell out of you and you would rather watch a you tube video on bowling or golf-make that lawn bowling and mini-putt.

The A to Z challenge was started by Arlee Bird at Tossing It Out and this challenge has grown by leaps and bounds. I hope everyone who visits will check it out since you can enter the  A to Z by creating cards, animals, books, well...anything (Next year perhaps?)! So here we go, my first entry and it is all about film stars! 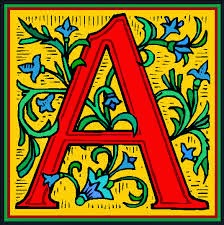 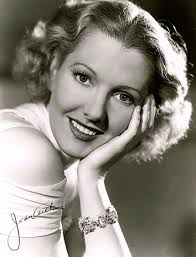 Aged: 90 yrs-Heart Failure (had a stroke a couple years earlier

Married: twice-first marriage lasted one day and was annulled.

Very, Very reclusive actress who was so insecure she would often cry, whine and vomit before having to do a scene. Once the scene was done, she would run to her dressing room and hide. She had a cute, froggie, raspy little girl type voice that was quite endearing. She hated being under contract and when her contract was up with Columbia Pictures, she literally ran through the studio streets jumping for joy and yelling "I'm Free!" She was known to be difficult as well and temperamental.  Once she retired from films, she never looked back. She did try the theatre but her insecurities won out and was replaced (most famous was "Born Yesterday" which went to her understudy Judy Holiday who won fame and the film role). She tried TV in the mid 1960's playing a lawyer but it didn't last long. She taught drama at Vassar and Meryl Streep was one of her students whom she thought would go far (I guess she was right:)) Her favourite male star was Gary Cooper, not Jimmy Stewart. She was an ardent lover of animals and was once arrested for trespassing on a neighbours yard because she thought the dog was not being treated well-Good for her!

Oscar Nominations: "The More The Merrier"

Quote: (When asked to grant an interview about Hollywood)-"I'd rather have my throat slit"