G is for John Gilbert 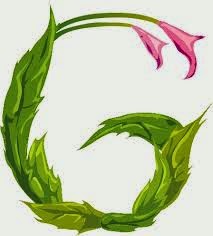 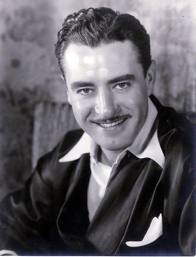 Considered the worst tragedy of silent film actors who did not make it to sound...but it is not that simple. Born to very poor vaudeville parents-his father skipped out and his mother would often introduce him to his new "daddy". He would be beaten, bullied and knew what starvation meant. He broke into pictures quite young starting in stunt work but, since he was very handsome, he quickly went into lead roles. He showed a natural affinity to writing and directing which he did do in some early pictures but the powers at be wanted him in front of the camera. He first wooed Leatrice Joy who was Cecil B DeMille's favourite actresses and they had a daughter together who later wrote a wonderful book about her father  called "Dark Star".  He became a huge star and the highest paid (a 1 million dollar contract)  with MGM. When he first met Garbo on the set of "Flesh and the Devil" there was an instant attraction. Their first scene was a kissing scene and when the director yelled "Cut" they continued kissing and everyone left the set. She moved in with him and he proposed. There was to be a double wedding with King and Florence Vidor. Gilbert waited and waited but she was a no-show.  Gilbert was heart broken and was in the washroom when Louis B Mayer came in and said " Just F$#! her, don't marry her". With that, Gilbert punched Mayer in the face and he went down. Mayer was beyond angry and vowed to destroy Gilbert. Mayer tried to break Gilbert's contract but it was solid. Gilbert made his talking debut and people did not take to his voice. He had a tenor voice not a baritone. There are even reports that Mayer fiddled with the sound to make it even worse but there is no evidence to support this theory.  Regardless, one can see his career steadily going down and, instead of being given great films and scripts, he was given horrible scripts that did nothing to help his voice or his talent ("His Glorious Night" has been satirized in "Singing In The Rain"-"I love you, I love you, I love you). Gilbert began to drink heavily but refused to give up his contract and kept sliding further and further. By now Garbo was the huge star and he was not, but she refused to work with no one else but him in the film "Queen Christina" . Later, Marlene Dietrich also tried to help him by getting him sober but it was too late. He died of a heart attack but not alone as everyone thought- he was having sex with Marlene Dietrich and died (what a way to go). She called the studio first who came and brought him to his own place and then the police were called. Sad end to a great actor who had so much more to offer.

Quote: When wanting to film "Man, Woman and Sin", Mayer objected to the mother being portrayed as a prostitute. John replied, "What's wrong with that, my own mother was a whore!" Mayer decked him.