W is for Anna May Wong 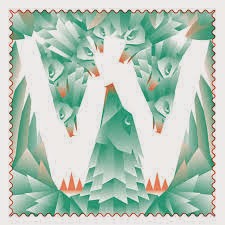 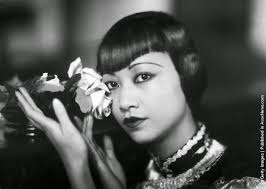 Affairs: Many, mainly Caucasian-Marshall Neillan, Eric Maschwitz (wrote a song about her called "These Foolish Things")

The first major oriental star who should have become a major actress but the racial biases of the day prevented this. Her father worked in the laundry but she was American through and through. She grew up near the picture industry and, as young as 9 years old, she begged to be in pictures. She was so often on the studio lots she was called CCC for Curious Chinese Child.  She would always appear in public in traditional Chinese fashion but in private, she preferred jeans. She started out as a photographer's model but soon broke into films and was in the first full length feature film done in two-tone colour called "The Toll Of The Sea".  She continued playing typical Asian roles of  either a innocent Chinese girl or usually an evil temptress. Due to the laws of the day, she was not allowed to marry Caucasian men, be shown in a leading role kissing or married to a Caucasian in film. In the Chinese culture of the day, any Chinese actress was considered little more than a prostitute so  Asian men would not consider her marriage material.  Since her roles were so biased, she travelled to Germany and got roles suited to her talents. She became re-known for her roles she made in Europe and became friends with the film elite like Leni Riefenstahl and Marlene Dietrich. At this time, rumours started that she was a lesbian due to her associations with members of the same sex.  She became fluent in German and French, was part of the intellectual elite and was known for her intelligence and humour. When in England, Hollywood again came calling and she answered. She was able to work with Joseph Von Sternberg (Director). She really wanted the lead, O-Lan in "The Good Earth" but the studio gave the part to Luise Rainer who was Austrian and won the Oscar for the role. By this point her father (mother died in 1930) and her siblings returned to China so she decided to visit. She received such bad publicity and protests from her fellow Chinese, depression sank in and she started drinking and smoking heavily. She made very few films after, developed her home into apartments and got into real estate. Due to her excessive drinking her liver was compromised. She was offered a role in "Flower Drum Song" which she was excited to do when she died in her sleep from a massive heart attack. She never married.Sorry another sad one but she paved the way for so many others and is listed as one of the greats now.

Quote: "I see no reason why Chinese and English people should not kiss on the screen, even though I prefer not to."