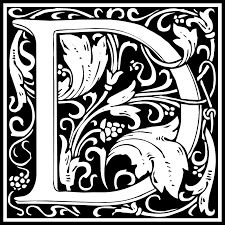 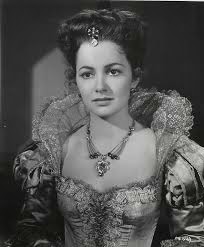 Died: Not Dead yet!

Affairs: Howard Hughes, James Stewart, John Huston (no one was married at the time)

Famous Sibling: Joan Fontaine ("And I Caaan't Stand her!")

Bright, good girl with hidden strengths. A contract player at Warner Bros. She was often placed on suspension since she did not want to play the roles they gave her. These suspensions kept being added to her 7 year contract. She sued Warner Bros and, where Bette Davis lost, Olivia De Havilland won her case even though she did not work for 3 years. This became known as the De Havilland Decision and meant the beginning of the end of the studio contract days. After this, she became a free agent and started getting better roles. She worked 9 times with Errol Flynn and she was strongly attracted to Mr. Flynn but she knew his wild ways and so resisted the temptation. It is stated that she was his great love even though they never had an affair. In fact, at one Hollywood party Errol Flynn and John Huston had a huge fight over Ms. De Havilland and I believe Huston won. The feud, sibling rivalry and just plain dislike for her sister (the feeling was mutual) is legendary. Some say it became worse when Joan Fontaine won the Oscar before Olivia. Olivia stated she was upset by what her sister said about her then husband. Whatever the reason, it was caught on camera when Olivia De Havilland snubbed her sister who had her hand outstretched to congratulate her for winning the Oscar. They may have spoken in the 70's although am unsure about this. They did not speak in decades and never will since Joan Fontaine died last year.  Talk about hate! Olivia went into semi-retirement in the mid 50's  when she remarried, moved to Paris (ended in amicable divorce in the 1970's) to raise her 2 children (her son died in 1991). She still resides in the outskirts of Paris to this day.

Oscar Nominations: "Gone With The Wind", "Hold Back The Dawn", "The Snake Pit"

Quote: "Famous people feel they must perpetually be in the crest of the wave, not realizing that it is against all the rules of life. You can't be on top all the time; it isn't natural."

The 2 films I would choose to see first are in bold....you can pick what you like though:)