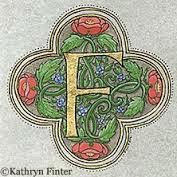 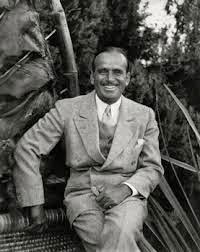 Happy go-lucky, swashbuckling prankster who was very physically fit, did most of his own stunts and never drank. His physique and looks were the basis of Superman and his portrayal of Zorro  was the inspiration for Batman! He was a founding member of the Oscars. He loved doing his own stunts and everything was designed in his films according to his weight and height so it looked like he did them with ease. He and Chaplin loved hanging out together and truly enjoyed one another's company. They went on a War Bond selling tour which brought in huge crowds and helped the war effort (WW1).  Fairbanks, Chaplin, D.W. Griffith (the father of film he is often called-a director) and Mary Pickford, "America's Sweetheart" (she was Canadian) formed United Artists so they could be independent from the other studios. He and Pickford met in the teens and fell deeply in love even though both were married to others at the time. When his mother died, he and Mary went for a drive and when he broke down, they noticed the clock, in the car, stopped at the moment his mom had died. They took this as a sign of their love and their catch phrase to each other was "By The Clock".  They were able to get divorces, married and honeymooned in Europe. In London they were so overwhelmed by their fans(300,000) that there was a real fear of being trampled to death. There are pictures of Pickford on Fairbanks shoulders and she looks scared! They bought a home in Hollywood which they named "Pickfair" and it became THE place to be invited over. Kings, presidents, heads of state all stayed at Pickfair. Lord Mountbatten had his honeymoon there.(Pickfair was bought by Pia Zadora and, despite opposition from his son and the historical society, she razed it to the ground in 1990). They were more famous than anyone you could think of today. Sadly, they divorced but never fell out of love for one another and both kept pictures of one another on their bedside table even though they remarried to other people. In 1939 he suffered a heart attack, he was in poor condition and family and friends came to see him. He told his brother to see Mary and give her a message-"By The Clock".

Quote: (his last words) "I never felt better in my life." 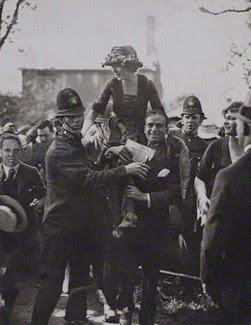 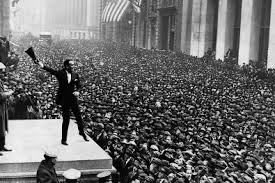