V is for Vera-Ellen 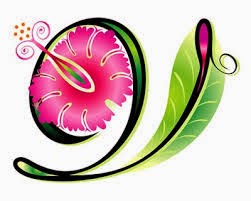 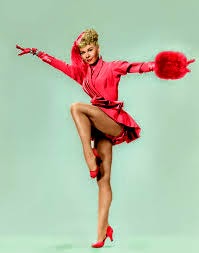 A dancing dynamo! She started off dancing because she was very sickly and this helped her gain her strength. From this, a passion for dance was formed and she became one the greatest dancers ever to grace the screen. Both Fred Astaire and Gene Kelly had nothing but the highest regards for her.  She started in nightclub acts and was once part of the Rockettes as one of the youngest dancers.  She was let go because she was "too original". She started appearing on the Great White Way which led to Hollywood. She starred with Danny Kaye in "Wonder Man" and did a show-stopping number called "Slaughter on 10th Avenue" with Gene Kelly in "Words and Music."  She is to have had the smallest waist in Hollywood where some estimates put it at 17 inches round! I think my thigh is bigger than that! It is now thought that she suffered from the eating disorder Anorexia Nervosa or Bulimia or a combo of both. By the time she made "White Christmas" the costumes she wore were all turtlenecks since her neck and upper area showed the effects of not eating. By the way, she could not sing a note, all her singing was dubbed! When the musicals left Hollywood, so did Vera-Ellen's career. She retired by the time she was 40. She was dealt a harsh blow when her daughter died of SIDS in 1963. With her failed marriages, her frail body and arthritis setting in, she became a virtual recluse.  She would still dance an hour a day but she left Hollywood behind her.

Quote: "I'm a dancer, and I can never really get away from my career. On the days I don't dance at the studio, I have to practise at least an hour in the evening to keep in shape. Dancing is like breathing-missing a day doing either is very bad."

The films in bold are ones I recommend seeing first. "Words and Music" is a compilation of musical works