Y is for Gig Young 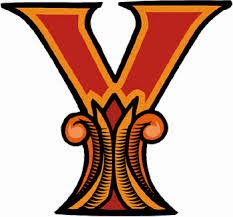 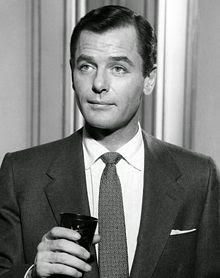 Played the affable, unassuming guy but in real life, he carried dark insecurities that eventually took their toll. He was the youngest of 3 children who always wanted his father's approval but his father favoured his older brother. He also seemed to often have affairs with older women and needed their care due to his underlying insecurities. He showed a passion for acting in high school and won a scholarship to the Pasadena Playhouse. He started getting small roles under his original name but when he made a film with Barbara Stanwyck called "The Gay Sisters" he changed his name to the character he played in that film. He steadily rose in the ranks but was bothered that he was never given the lead and was destroyed when he received no offers to star in his own picture after his Oscar win. When his second wife died from cancer in 1952, he went into a deep depression and began to drink heavily. Against her father's wishes, Elizabeth Montgomery married the much older Young but he was abusive and drank so the marriage failed. He continued to have affairs and drink more and more and finally started taking LSD and other drugs. He was hired to play the Character, The Wacko Kid" that Gene Wilder ended up playing in "Blazing Saddles" but, because he was suffering delirium tremors from alcohol abuse, he was fired. He married for the 5th time but it was an unhappy marriage as they often fought. On the eve of October 18th, 1978 he called a friend in California asking that she come to New York and bring him back with her to California. Either not taking him too seriously or thinking the tough love approach would be best, she declined. The next day, he took his gun, shot his wife in the head( married only 3 weeks) and then he turned the gun on himself. His Oscar was found between them. Despite friends trying to help him in the past get help for his drinking and other problems, he always refused.

Films: "Only the Valiant", "Desk Set", "The Tunnel of Love", :That Touch of Mink", "Strange bedfellows",  "Lovers and Other Strangers", "The Hindenburg", "Game of Death"

The films in bold are the ones to try to see first:)