P is for Gregory Peck 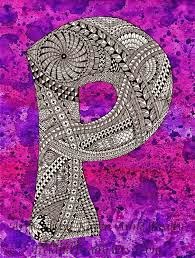 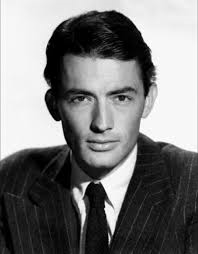 A true blue, deep-voiced actor who was a strong liberal who fought for humanitarian causes and stood up for what he believed in. He was also quite good looking(enter mooning sigh here). He hated his first name (who can blame him) so he always went by his middle name. In university he was a rower where he injured his spine preventing him from entering World War 2. He stated he took dance lessons from Martha Graham to improve movement and injured his spine, when with her group, but the studio thought that did not sound as good as a sports injury. He enjoyed acting and eased into the movies since so many male actors were overseas. His first wife took him to the cleaners (he paid for her his whole life) and when he was in Rome he met a lady journalist with the first name of Veronique. A few weeks later he called her and she gave up her interview with Albert Schweitzer to go out with Peck. They married and remained happily married until he passed away. While making the film, "Roman Holiday" in Rome with newcomer Audrey Hepburn, he insisted she be above the credits beside his name because he knew she would become a great star. When he was filming "Moby Dick", they had strapped him to an 80ft white whale(obviously not real) 10 miles off the coast of Wales in the Irish Sea. The weather was horrible and it was very choppy when a wave came and snapped the lines off the boats holding the whale with Peck strapped on it. Fog had rolled in and they could not locate him. Finally the fog lifted enough that they spotted him and he was safe and sound but he stated he had never been so scared in his life. He was a champion of causes-he was chairman of the Cancer fund, Chairman of the Motion Picture and Television relief fund, He gave speeches to GLADD and walked alongside Martin Luther King Jnr. He was given the Presidential Medal of Freedom by President Johnson. "To Kill A Mockingbird" is his favourite film and he became lifelong friend with Mary Badham (Scout) and Brock Peters, who played  the African American wrongly accused of rape. Brock Peters gave the eulogy at Peck's funeral. Being a life long outspoken liberal, one of his proudest achievements was being near the top of  Nixon's enemies list!

Oscar Win: "To Kill A Mockingbird"

Quote: " They say the bad guys are more interesting to play but there is more to it than that-playing the good guys is more challenging because it's harder to make them interesting."